In 2008 Sue Travelled to the Rainforests of Belize in Central South America to study with Dr Rosita Avigo, and to learn these ancient techniques.

Abdominal Massage Therapy (AMT) is a Massage therapy based on the ancient Mayan understanding of the importance of the correct positioning of the reproductive and digestive organs for pelvic and abdominal health. 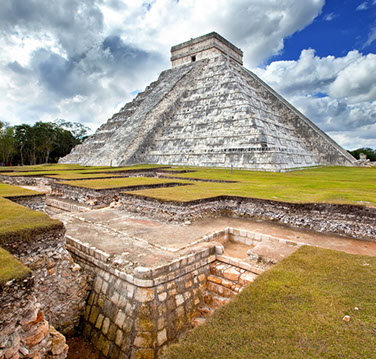 This therapy is a non-invasive external massage technique for men and women, which improves organ function by relieving congestion, enhancing blood supply, increasing lymphatic drainage and aiding nerve supply to the pelvic and reproductive organs.

AMT is best known for the correction of the prolapsed, fallen, or tilted uterus, and for the prevention and treatment of benign prostate enlargement in men, also for the relief of many common digestive disorders.

At the core of this technique for women is the emphasis on the correct positioning of the uterus, which can aid in alleviating a wide range of gynaecological disorders. AMT also aids relaxation, and can help to achieve a more emotional and spiritual connection to the reproductive area, thereby helping women to optimise their fertility.

The technique has also been found helpful for chronic stomach and digestive disorders such as constipation, irritable bowel problems and many other digestive complaints.

Indications for treatment include:

• Headaches / dizziness with menses and PMS

The treatment involves abdominal and lower back massage, focusing on re-aligning reproductive and abdominal organs. There is also instruction in 'self-care' techniques that individuals can apply at home, as well as recommendations for herbal remedies and naturopathic techniques to improve treatment outcome.

Your first appointment will take 2 hours.This includes and in depth consultation,the Abdominal massage and instruction in Self Care massage carried out between salon visits. This needs to be timed just after your period and prior to ovulation.
Don’t worry if you are not having a regular cycle we can sort that out when you make your appointment.

What Exactly Is Abdominal Massage Therapy?

Maya Abdominal Massage Therapy is a massage technique that specialises in treating gynaecological and digestive conditions. It helps guide organs into their optimal position, improves circulation and relieves physical and emotional congestion. The technique combines ancient Maya wisdom and modern scientific knowledge of the internal organs, ligaments and connective tissue.


Where did the treatment originate?

These technique are based on the teachings of Don Elijio Panti, one of the last traditional healers to ever heal the people of Belize. He had an incredible knowledge of natural therapies and knew the medicinal uses of over 500 different plants he also understood the importance of the positioning of the uterus. His manipulation technique was well known throughout Belize and neighbouring countries, and was initially known as womb massage.

Don Elijio used to say “ Most people think too much, get them to laugh and half their troubles & sickness will go away, and the blessed herbs will do the rest.” 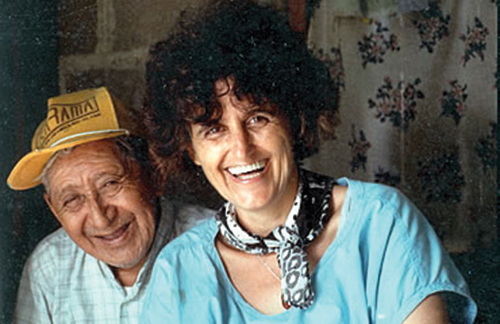 The technique practiced today was developed by Dr Rosita Arvigo, who apprenticed Don Elijio for more than 20 years. Rosita herself is a great intuitive healer, who has worked with many other traditional healers in Central America to put this massage technique together.

She is still practising today after more than 40 years and teaching the massage technique throughout the USA.

How does it differ from other massage techniques?

At the core of the technique is the positioning of the uterus. The ancient Maya believed that the position of the uterus is vital to pelvic health. If it is out of position, women can experience problems such as pelvic and menstrual pain, frequent urination, bladder problems, painful intercourse, adhesions, chronic cystitis, and problems conceiving to name a few. How does the uterus become misplaced?
Normally the uterus leans slightly over the bladder in the centre of the pelvis, about one and a half inches above the pubic bone. It is held in this position by muscles, the vaginal wall and ligaments that attach is to the front, back, and sides of the pelvis.

Uterine ligaments are made to stretch to accommodate a growing foetus inside and to move freely when the bladder or bowel is full. The ligaments and muscles can weaken and loosen, causing the uterus to fall downward, forward, backward or to either side.

Injury to the sacrum from a fall, car accidents, high impact exercise, running on cement surfaces, high impact aerobics and lifting and carrying heavy objects before or during menstruation and too soon after childbirth can all be causes of a misplaced uterus.

Don Elijio was also not a big fan of 'shoes with sticks in them' as he called high heels. A uterus in any of these positions is called tilted or prolapsed. Modern medicine has little or nothing to offer women with this problem. Options may include using the birth control pill, muscle relaxants, or surgery, and women are generally told, "your uterus is tipped, but that it is normal and not to worry about it."

Yet women experience numerous physical and emotional symptoms that can be addressed and prevented with these simple, non invasive massage techniques. The emphasis is on helping the body heal itself and to empower the client. The client becomes actively involved in their healing process.

Each patient is shown how to perform their self care; this helps create a closer connection with the body.

It is more than just a massage technique; patients also receive lifestyle and nutritional advice.


What conditions do you commonly treat?

Women are too often told that they should just grin and bear it, that it is normal to have discomfort during their periods. However a healthy uterus and reproductive area should not be painful. Sue has seen many times how women’s symptoms are greatly helped through a combination of massage, self care, herbal remedies and naturopathic techniques.

The majority of her clients are female, even though the technique is also suitable for male reproductive problems. Sue treats a lot of women with a wide range of reproductive problems such as: endometriosis, infertility, fibroids, menstrual cramping without any known cause, recovery from difficult labour, and prolapsed uterus. AMT works not only on a psychological level, but also on the emotional and spiritual aspect. Even women, who do not have gynaecological problems as such, find that the work is greatly beneficial as it can help them to get in touch with their sense of womanhood.
See some TESTIMONIALS regarding Abdominal Massage Therapy treatment HERE.