When you feel good on the inside, your radiance is reflected in your skin, you have “A healthy glow”

Turn your hands into Loving Healing Objects of Energy. Experience a session of Reiki Hands on Healing to Calm your busy mind or aching body. Or learn to heal yourself and others.

One client claimed ”A Reiki session with Sue,is like finding an Oasis in the storm of life “ 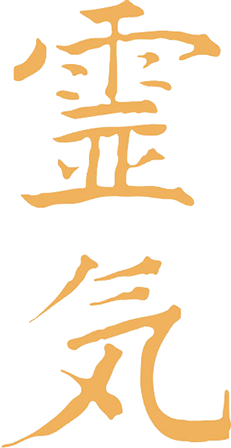 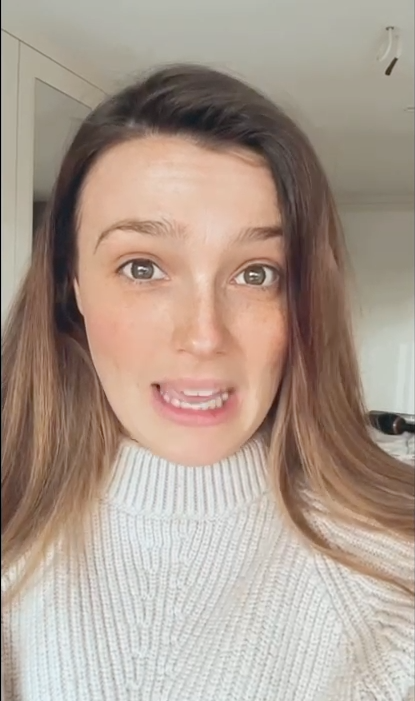 The ancient Japanese therapy of Reiki hands on Healing is being hailed as an important treatment to help people cope with rising levels of physical & emotional stress in their daily lives.

It seems as if everyone is suffering with too much to do, and not enough time to do it in. Reiki Calms your body helping you to manage your stress.

'MAY THE FORCE BE WITH YOU'The ancient Japanese therapy of Reiki is being hailed as an important treatment to help people cope with rising levels of stress in their daily lives. It seems as if everyone is suffering from stress with too much to do, and not enough time to do it in. Increasing numbers of people though, are turning to Complementary therapies as a way to calm down and give their energy levels a much needed boost. Reiki, an ancient hands on healing therapy from Japan, meaning universal life force energy, is rapidly growing in popularity. Sheffield ractitioner Sue Calvert, who has over 40 years of experience in the health and beauty field, not only treats people she also teaches others the skills. 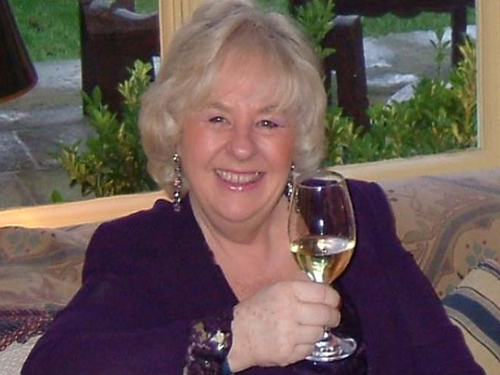 'Reiki helps me Re-engergise'"I first went for Reiki with Sue Calvert when I had a long-standing virus that conventional medicine hadn't cleared.I told Sue I was a sceptic, and was only seeing her because I was desperate.

The problem has cleared now, but I still go because I feel so relaxed and energised. During treatment I feel as if I'm floating above the bed and I get a sensation that all parts of my body are slotting into place. Within seconds I feel as if I have surrendered all my stresses to Sue.

Afterwards, I don't just feel relaxed, I get this marvellous feeling of warmth and peace that is so wonderful. I always try to rest for an hour afterwards because the effect is ruined if I go back to work."

Tessa Bramley, Michelin Starred Chef from 'Here's One I Made Earlier' and 'Tessa's Tastebuds' 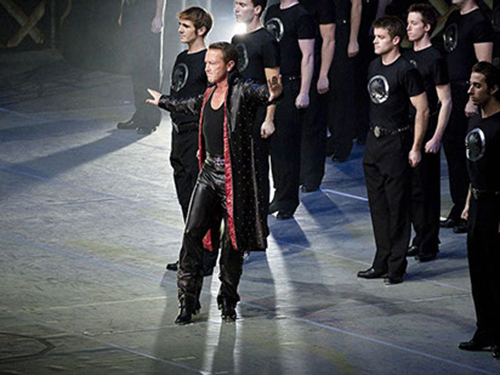 WHAT do Marti Pellow, Michael Flatley and Raquel Welch have in common? As well as being highly successful in their branches of entertainment, they've also benefited from the healing hands of complementary therapist Sue Calvert as well as many "ordinary people" from all walks of life.

When Michael Flatley was performing in Sheffield, Sue treated him with Reiki and Aromatherapy treatments, while Marti Pellow had a back massage.

Therapist Sue Calvert says the secret of well-being is in every one of us
Sue explained the basic principle as "opening up the energy channels".

"There is energy all around us, and it is about channelling this energy into the client." She believes everyone has the potential to use their hands to heal others, it is just that most of us aren't tuned into to our abilities.

And she firmly feels the secret of well-being is within each and everyone of us. A Reiki session takes about an hour and it involves the client lying fully clothed on a couch. Both women and men can benefit. The treatment is said to help people with all sorts of problems - such as tension, and physical and emotional diffculties. The therapist applies gentle pressure to the head, face, neck and other parts of the body to clear the person's energy channels, while gentle music is played in the background. The sensation is very relaxing and calming. Some people will feel a tingling, while others will feel a lot of heat from the therapist's hands.By channelling energies to where the body needs it most, the healing system is said to have the potential to put you on top of the world.

Sue said: “Reiki is experienced in many ways - as heat, tingling, cool, it is individual to each person depending on their needs at the time." Sue takes a down to earth approach to treatment, and says once when she experienced Reiki it provoked fits of giggles! She studied Reiki in America to Masters level, and now teaches others the skills. One advantage is that you can use the techniques on yourself, to promote deep relaxation. Sue teaches her courses in two parts - the first of which takes only one full day - as no long hours of study are required, just a desire to heal yourself and others.

The second part involves learning ways to increase your Reiki energy by an additional 80 percent, as well as finding out about mental emotional and distance healing. Her reputation has spread beyond Sheffield and she's trained hairdresser Nicky Clarke's staff in the art of Reiki Healing as well as giving her views on complementary therapies on the Kilroy television programme, and other television programmes.

Sue firmly believes treatments, which used to be called 'alternative' are receiving growing recognition as having health as well as beauty benefits. In the future she sees therapies, such as Reiki, being offered more widely on the NHS. Some services such as the pain clinic at the Royal Hallamshire Hospital in Sheffield use this approach to help patients manage long-term pain.

For the last few years Sue's business has been based at her home and has continued to thrive, mainly through word of mouth. She has a down to earth and friendly approach, which naturally puts people at ease.

There is a file full of letter from grateful clients with conditions such as thyroid problems and irritable bowel syndrome who have benefited from her skills. "I am very enthusiastic, it's a fascinating subject, there's always something new to learn," she says.

What is it?
More and more people are discovering the benefits of this ancient traditional healing method. Reiki (pronounced ray-kee) is a form of energy healing from ancient Tibet, which was rediscovered in the late 19th-century by Dr Mikao Usui, dean of a small Christian university in Kyoto, Japan. On a 14-year quest to find out how Christ performed healing miracles Dr Usui claimed he could find the answer in the original Sanskrit Buddhist sutras. Reiki was brought to the west in the 1940s by Mrs Hawayo Takata, a Japanese Hawaiian who had experienced reiki in Japan. She died in 1980, leaving 22 reiki masters in the US and Canada. Today, around 200,000 people in the West have been initiated into reiki.

How does it work?The word translates as 'universal life force energy', ki being the Japanese spelling of chi(energy), the power that acts and lives in all matter. Reiki therapists claim to draw this energy from around them and channel it through their hands to a person who needs healing. The energy is not actually sent by the practitioner, but is drawn by the recipient who decides subconsciously how much they are going to need.

How this could work has never been proven scientifically. It is often explained in terms of quantum physics. Reiki causes the body's molecules to vibrate at a greater frequency, so that the energy blockages that cause disease simply dissolve. But, according to Reiki master Sue Calvert, "It's a bit like saying why does an apple taste like it does." People who work with reiki energies know that they can open themselves to the healing energy around them, and by placing their hands on the chakras, or energy centres, of the body they can transfer it to the client.

They know-it works because there is too much feedback from the people who receive it for it not to. It works even if you don't believe in it. What happens?Because ki energy is believed to find its way to where it is needed, the therapist does not need to know about your particular problem, although you are free to discuss this if you like.

You remove your shoes, tight belts or bulky jewellery, and lie fully clothed on your back on a couch. The practitioner begins by holding his or her hands over your eyes for several minutes to relax you and then moves their hands to the side and back of your head and gradually down the length of your body.

This takes about 30 minutes. You are then asked to turn over as they work on the back of your body for a further 30 minutes.

Throughout the session the practitioner's intention is that you receive what you need from the treatment. He or she concentrates on the areas that need most energy, to the therapist these are areas that draw the most heat and they keep their hands in position until the sensation cools.

Most people feel some improvement immediately. Reiki teachings indicate that it takes the energy three days to move through the seven chakras, so you are recommended to have a treatment three days in a row. Because of the time and cost involved, most people choose to have a weekly treatment for as long as they need to. What does it feel like? Reiki can feel different for everyone.

One person may find it relaxing, another might feel pins and needles, other people see images or colours. The most common response is one of peace, and a sensation of lightness with deep relaxation, an almost dream-like state. "Some people say they feel as if they are on a bed of waves," says Sue Calvert. "One client says she gets a fizzy feeling in her arms."

For the therapist it can feel like a flowing sensation, tingling through the hands. Sometimes they may feel intense heat in their hands, which can feel chilly to the person being treated. The experience itself is energising rather than draining for the Reiki practitioner as he or she also benefits from the energy as it passes through.

Who can do it?Healing energy is available to everyone. You need no special gifts or qualifications, but receiving the Reiki attunement is believed to increase your ability to channel energy. During this ancient Tibetan initiation ritual certain Tibetan symbols are put into your aura or personal energy field.

Sue Calvert says this is,"like straightening your aerial to pick up the radio waves around you." It simply fine-tunes your healing abilities. Reiki can be useful mainly for mental, emotional and stress-related problems, migraine, digestive problems, insomnia, pain relief, anxiety, fatigue and addictions.

Are there side-effects?There is no negative side to Reiki," says Sue Calvert. "You cannot have too much of it, there are no side-effects and you can do it with everybody from babies to the elderly. You can also send reiki to people from a distance, otherwise known as absent healing." Reiki energy is reputed to work for the highest good.

You learn in two stages, the first of which can be done in one day. You will learn the history and principles of Reiki, as well as direct healing for yourself and others. In this initial session you receive about 20 per cent of your healing energy.

You should now wait for two to three months to get used to the energy before moving on to the second degree level, where you receive two further attunements, increase your Reiki energy by another 80 per cent, and learn mental, emotional, and distant or absent healing techniques.

People who have reached a third degree are known as Reiki Masters. Sue Calvert recommends you consult a Reiki master who can trace their Reiki lineage back to Dr Usui, but it's also worth having a treatment with your therapist before committing yourself to training.